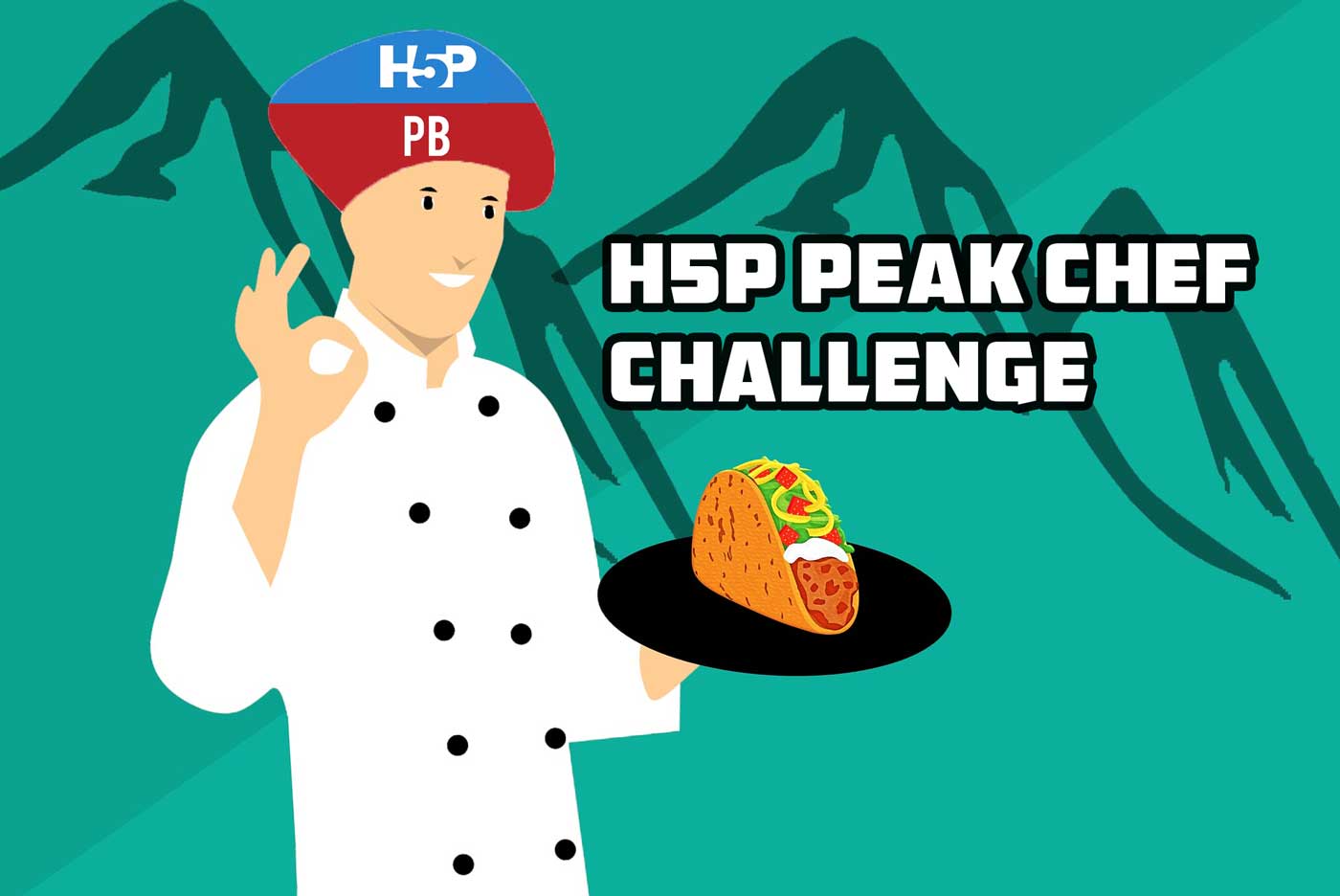 We are plotting a new “thing” from the H5P Kitchen as a low/no stakes opportunity to learn H5P cooking by a series of challenges.

At each webinar for the Cooking With H5P show –twice a month, one drop in session and one “main show”– we will announce a new challenge, something “bite sized” done with H5P (borrowing the framing of the Open Education Challenge series), and ask you to share as a comment response to the challenge.

There are no prizes, no critical judges. It’s just about seeing how many different creative ways there are to use H5P to address a situation or need.

It is meant to be fun.

This will not require H5P mastery, just a willingness to step into the kitchen and try. The goal is to offer a reason to experiment with the tools and appliances in the H5P Kitchen. They also are going to be geared primarily at the tasks the new round of H5P OER Grantee projects will be taking on as they work through their projects.

Are you ready for the first challenge? Look for to be announced Thursday, March 11, at our first Drop in Kitchen time.

Featured Image: Taco Chef pixabay image by Mohamed Hassan modified by Alan Levine to include the H5P/PB logos, text, and in the background, the Mountain Peaks pixabay graphic by Clker-Free-Vector-Images

Sounds great! How do I access the drop-ins? And what time are they?

Doh! I see the sessions start at 9, but I don’t know how to access them…

Sorry about any confusion. We’ve had some indecision about making the first one for project participants. Will message you.

Hi Emily. The regular cooking show webinars that we host at the end of each month will be open to all. But for the drop-in sessions that happen in between the webinars these are just to support the grantees with specific issues that are having with their projects so we have not made them open. That said, we will be recording the first part of the drop-in sessions where we will talk about these challenges and post that short video here. Everyone is welcome to participate in these challenges. Sorry for the confusion.

[…] promised we are going to be off and running today with our first H5P Peak Chef Challenge. These are planned as small exercises that will help our new grantees work through their projects […]

[…] opted to put at the end since the questions and discussions were so good, and a launching of a new Peak Chef Challenge. That is the portion we will record (nothing from the drop in parts are recorded). The whole idea […]